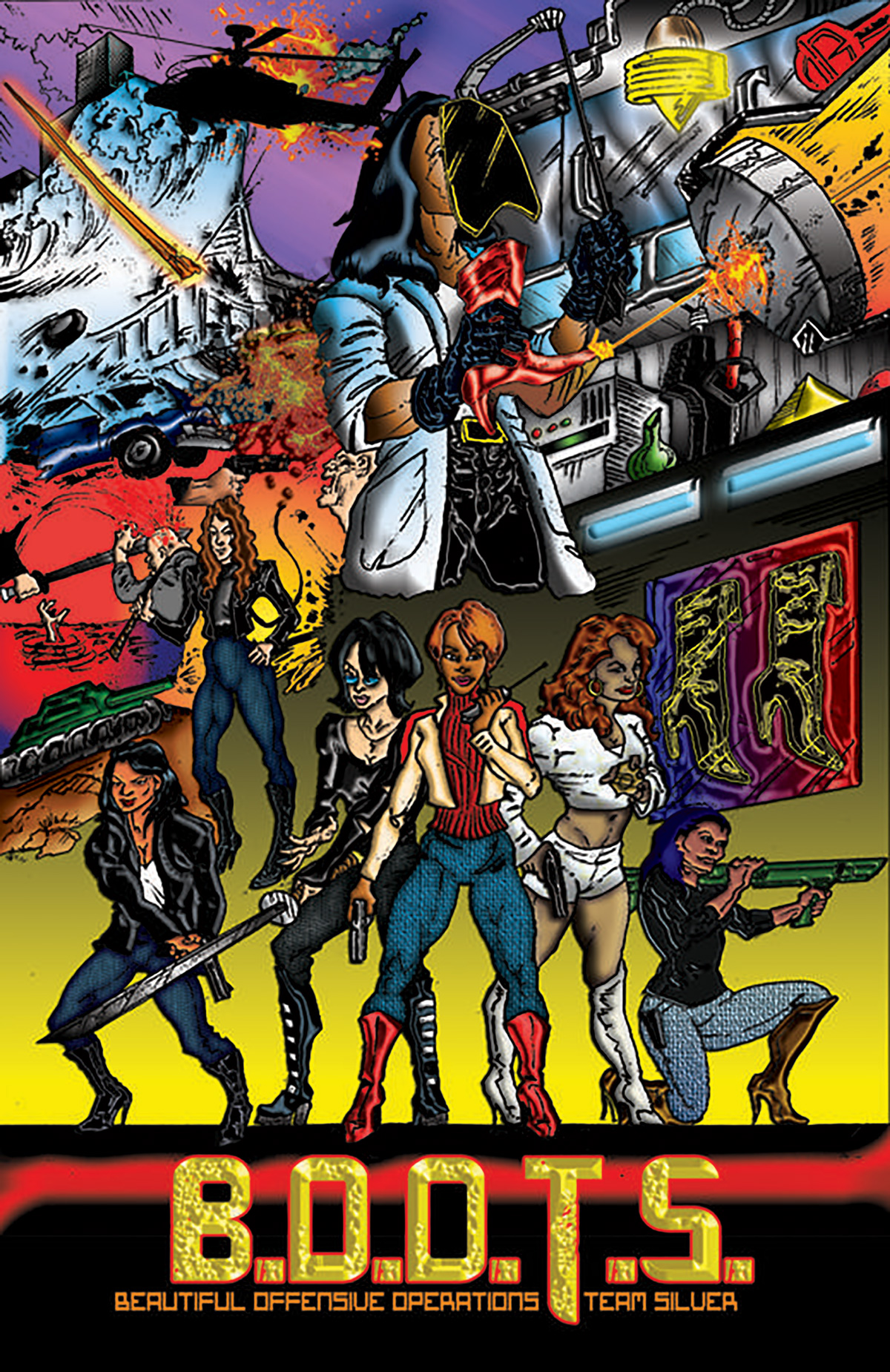 Colonel Ness’s closest friend & colleague Commander Charles Ocean who was a brilliant physicist specializing in Nanotechnology for the United States Govt. uniform defense project. Unfortunately while on assignment in Afghanistan Commander Ocean was killed during a terrorist attack. Colonel Ness decided to appoint his deceased friends widow Dr. Brenda Ocean to be Director & Leader of B.O.O.T.S. since her husband only shared all of his work with his wife.

Dr.Brenda Ocean a former Naval Academy Graduate with highest honors is a Beautiful successful & wealthy Molecular Engineer turned Weapons Manufacturer for the government had agreed to work with Ness in order to carry on her husbands legacy & combat terrorist but she decided to put her own spin on it by manipulating & combining the nanotech with bionics and fashion.

Dr. Ocean being somewhat of a humanitarian only used herself as the initial test subject by creating a prototype pair of nanotech & bionic boots that would enhance the agility, speed, and strength of the person wearing them. She wore these prototypes for many years constantly testing them in the field as well as the lab & once it was proven to be a successful creation she was granted the position to head a task force of highly skilled women from various fields of law enforcement & military backgrounds to be the new soldiers of B.O.O.T.S. each being assigned their own special pair that will enhance their capabilities.

It was determined that most Terror Networks only view women as objects & don’t deem them to be a threat or as equals. This concept makes terrorist vulnerable to strategic attacks & infiltration by beautiful lady agents whose prime objective is to destroy terrorist acts of tyranny and dictatorships with extreme prejudice by order of the President of the United States.

The B.O.O.T.S. Operation is regarded as the Nations last sexy line of Defense.