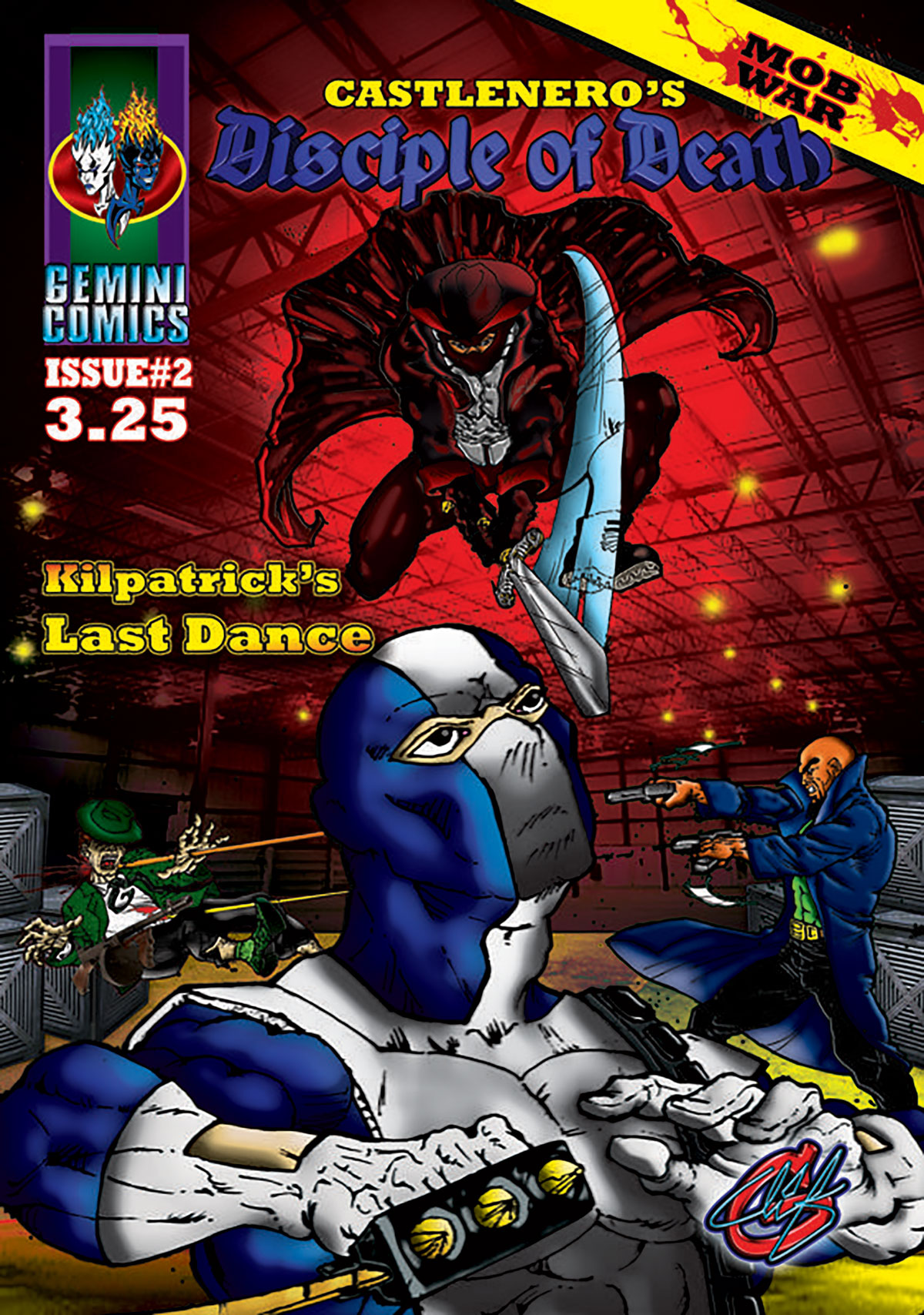 This story originates from the Vietnam War where two unlikely occurrences took place in the lives of two young soldiers, men of war brought together in a battle against an elusive enemy, the two soldiers, Joseph Alfonse Castlenero & Melvin DeAngelo Ray come from different backgrounds but share the same anguish & ambition in this foreign land. Their main objective, get back home alive and well!

Melvin D. Ray, a young highly intelligent, and streetwise African American kid from Chicago, but his family moved to Detroit’s West Side by the time he was a teenager. Melvin soon learned the hustle & flow of street life & gang activity by following his two older brother’s lead and getting affiliated with the local gang in the area, Melvin grew tired of the constant gang related deaths, brushes with the law, and gang wars that lead to the death of one of his brotheres that almost killed him as well! During the Vietnam War Saga, Melvin Ray enlisted in the army of his own free will right after graduating from High School. Melvin saw this as his way out & as an opportunity to serve a better purpose in his life and thought this would make his family proud, especially since his grandfather who Melvin always cherished & considered one of the bravest men he knew had served in the Korean War. Melvin Ray was a favorite among his military superiors because of his dedication and willingness to carry out orders no matter how extreme the task. Melvin D. Ray went beyond the rank of Sargent in the United States Army and it is believed that had he been a white soldier he would’ve been properly decorated and promoted further, but instead he was granted certain liberties that suited him & his platoon!

There was a fellow soldier, Joseph Alfonse Castlenero, a full blooded Italian American born the youngest son to crime boss and head of the renowned Castlenero crime family Don Castlenero. The Castlenero family originally from New York decided to move the family business to Detroit by the time Joe was 13 years old.

Joseph grew up a privileged but sheltered life due to his father’s underworld activities. Joseph always had his older brother David, who was commonly referred to as Davey by friends and family was the oldest son and therefore less sheltered and more aware of the family business.

Davey was more hot tempered than Joe and always ready for a fight. Davey would recklessly act before he thinks and ready to fight before negotiate, which would prove to be his downfall. Unlike Melvin D. Ray, who enlisted during the war, Joseph was drafted into the army despite his father’s best efforts to keep him out. Joe proved not to be a resourceful soldier and it became the responsibility of platoon leader, Melvin Ray to watch over Joe and to train him how to survive and be a better soldier. Keeping Joe alive and well became a regular job for Melvin. There were several occasions in the field during their tours of duty, while out on furlough or just training operations in which Melvin placed Joe’s safety ahead of his own.

Joe Castlenero gained a whole new perspective of locality regarding others outside of his family and over time he even became a good soldier aas well as Mevlin Ray’s best friend. This was the beginning of a lifelong friendship between two men that would continue to fight wars together side by side, first war on foreign soil, in Vietnam as soldiers for the United States army, the second war being a brutal territorial war for power over the underworld as the leaders of the Castlenero Mafia family…

But soon there would be a son…a Disciple!